songs and observations from the pirate life of TJ Eckleberg

TJ Eckleberg has been a songwriter for over twenty five years and produced work for numerous independent artists. Currently based in Berlin, he mixes, produces and works with artists to develop their sound and achieve their musical goals.

Examples of previous work are below:

Hold my hand: Dorothy of the day

Dorothy of the day is a remarkable artist with a 1930s cinematic vibe. This song captures that old timey dance feel and the lovely lilt of her vocals, with a downtempo old school hip hop beat.

A remix of the eighties classic, courtesy of Real World Recordings

Jan Linder – the force behind ‘The Bee Ho Gray’ – wanted to conjure echoes of Kurt Cobain for a German Television movie. This track – although drawing on a more contemporary aesthetic, nails that ‘Something in the way’ pathos.
TJ Eckleberg: engineer, production, mix. Mastered by Salz Mastering

Delboy came to Berlin to work with me last December, and we hunkered down for ten days in the old GDR radio rooms – Tricone Studios at The Funkhaus. layered guitars, steamy vocals and a gorgeous lyric defined this soulful indie track.
TJ Eckleberg: Engineer, production, mix. Mastered by Salz Mastering

Nic Danta is a poet and keen observer of intimate moments and the way they play across ordinary days. This track harnesses a crazy horn section and a post-Cure sensibility to find a genuinely generous new kind of cool.

This is an older track – From the groundbreaking and celebrated independent lp femalia by left field spoken word and tone poet Wei-Zen Ho – 2003. Wei Zen received national airplay on radio National in Australia. Her work is cool, angular and surprising.

Get my latest album West & Lime for free, and my back catalogue at www.tjeckleberg.wordpress.com 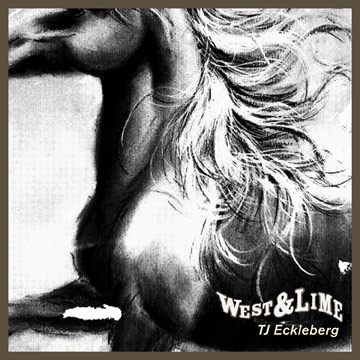